Peach-blueberry lavender crostata is made with a simple peach blueberry filling & a lavender spiced pie dough for an easy summer fruit dessert recipe.

I told you I’ve been on a peach kick these days.

It’s like I’m racing the clock to get all these summer recipes floating around in my head published before everyone starts thinking about pumpkins and soups.

Not that I’m not excited for the sweater weather, but last week was 90 degrees and this week I had to put the heat on in my car on my way to work.

This summery peach-blueberry crostata recipe is made with a lavender pie dough, and a juicy fresh peach blueberry filling that’s baked until the crust is golden and filling is bubbly.

I know, the lavender sounds a bit weird but when used subtly it pairs deliciously with the peaches and blueberries.

The crostata dough recipe is from Simply Recipes.

I added dried lavender to the dough recipe which I got on Amazon. You get a good size bag for a cheap price and I’ve used it in my lavender & sea salt chocolate chunk cookies, lavender mocha ice cream and my lavender infused vodka.

It’s good stuff and a little goes a long way :).

The lavender has a minty, earthy flavor similar to rosemary or thyme.  It goes well with the sweetness of the crostata filling and it makes the pie dough extra pretty 😉

What’s the difference between a crostata and galette?

Not much!  Depends if you want to be more Italian or French :).  Crostata is the Italian term and Galette is the French Term.

Either way, a crostata or galette are both an open-faced tart with a filling (typically made with fruit).

The crust is more rustic shaped than a pie which tends to be a little more uniform and decorative.

That’s why I love crostatas because they’re supposed to have that rustic, uneven crust look, making them easier and less-fuss than a pie.

How to make Peach-Blueberry Lavender Crostata:

(I love using my food processor for any type of pie dough.  My mini processor works great for this recipe because it’s conveniently sized.  Plus, the Kitchen aid one comes in cool colors)

Peach-blueberry lavender crostata will keep up to 2 days, covered at room temperature

To make the dough:

To make the crostata:

Crostata will last up to 2 days loosely wrapped at room temperature.

Switching up #tacotuesday with my vegetarian enchi

Hurry! Before the peaches are gone try this peach 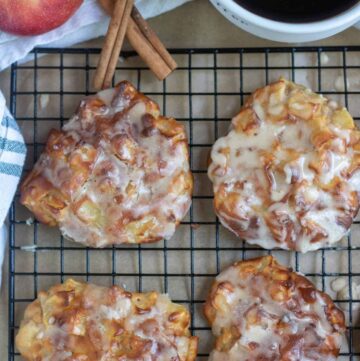 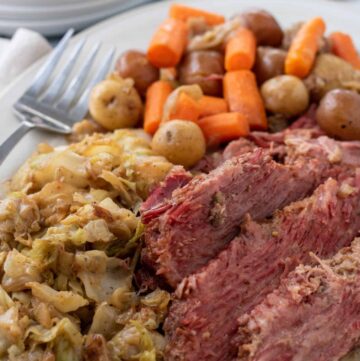