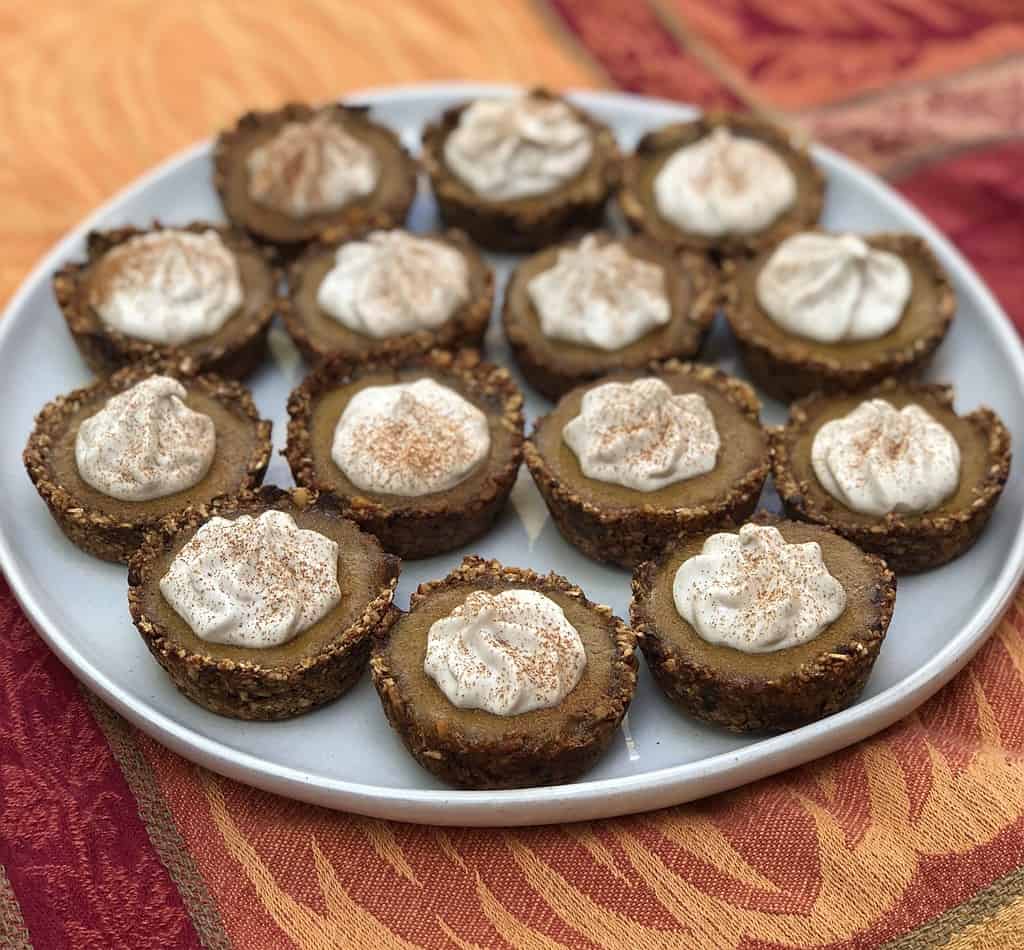 Stop right there because I know what you’re thinking.  How on earth could this pumpkin pie recipe taste good if it’s healthy, vegan, gluten free, andddd paleo approved???

Don’t judge a book by its covered my dear friends because even though this pie recipe sounds like it’ll taste like cardboard its truly scrumptious even without all the “bad stuff”.

Thanksgiving is right around the corner and this is the perfect dessert that fits just about everyone’s diet needs without sacrificing flavor or deliciousness.

Gluten free, paleo & vegan this pumpkin pie recipe from scratch tastes just as good as the classic version for a simple and easy Thanksgiving dessert recipe. 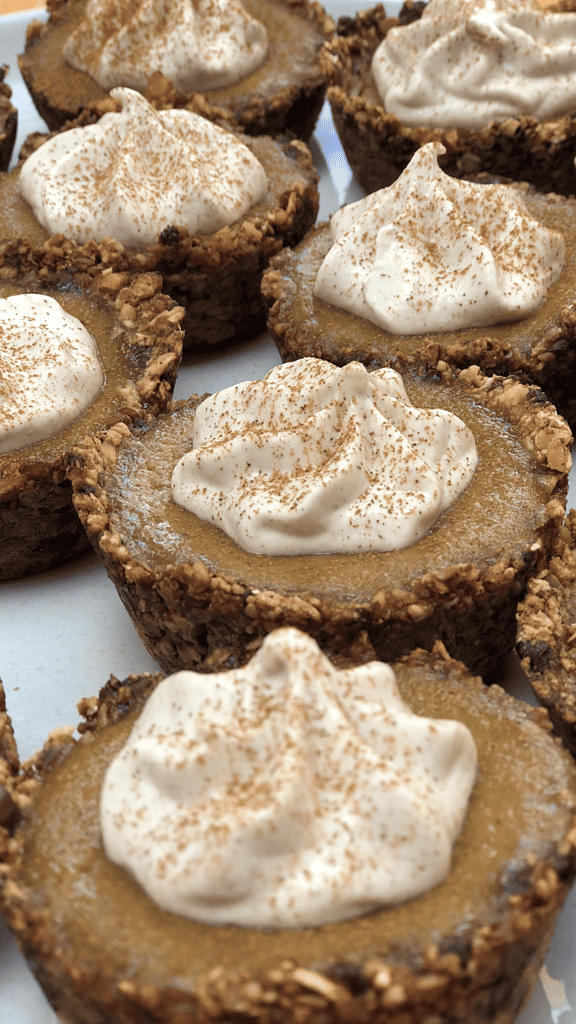 The best part is, you don’t need to roll out the dough or worry about flour all over the floor (if you're messy like me).

Remember those delicious little date and nut snack bites?  It’s very similar to those but in a crunchy crust form. 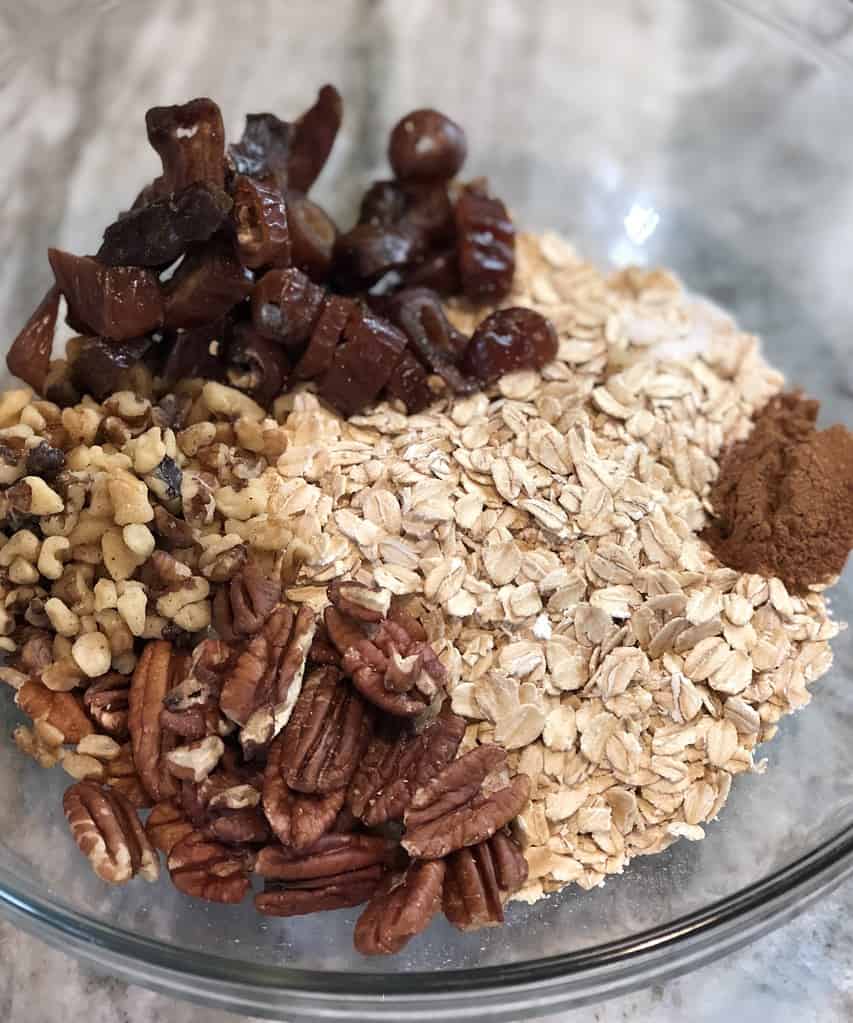 Next, the pumpkin pie filling (recipe adapted from Ancestral Nutrition) is made with simple, clean ingredients like creamy coconut milk, coconut sugar, pumpkin pie spice and pumpkin of course.

(P.S.  It does not taste at all like coconut, don’t you worry!).  Vegan, Paleo and wonderfully tasty. 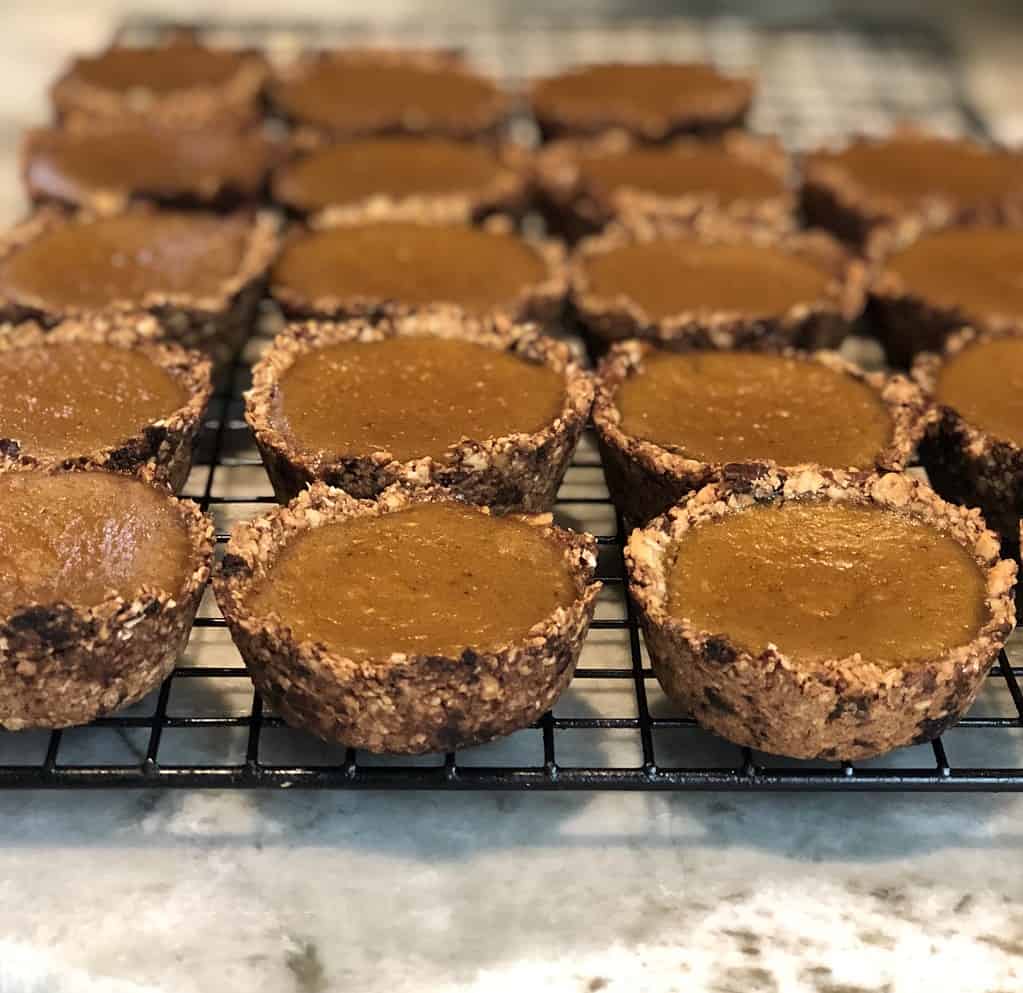 Last is the maple cashew whipped cream (recipe adapted from the Kitchn) and my goodness guys, whenever I first heard about using cashews for a “cream” I was blown away.  A little skeptical too because seriously there’s no way cashews in the blender could produce a good enough whipped cream-like substitute.

But dammit I was wrong because cashew cream is amazing and surprisingly easy! 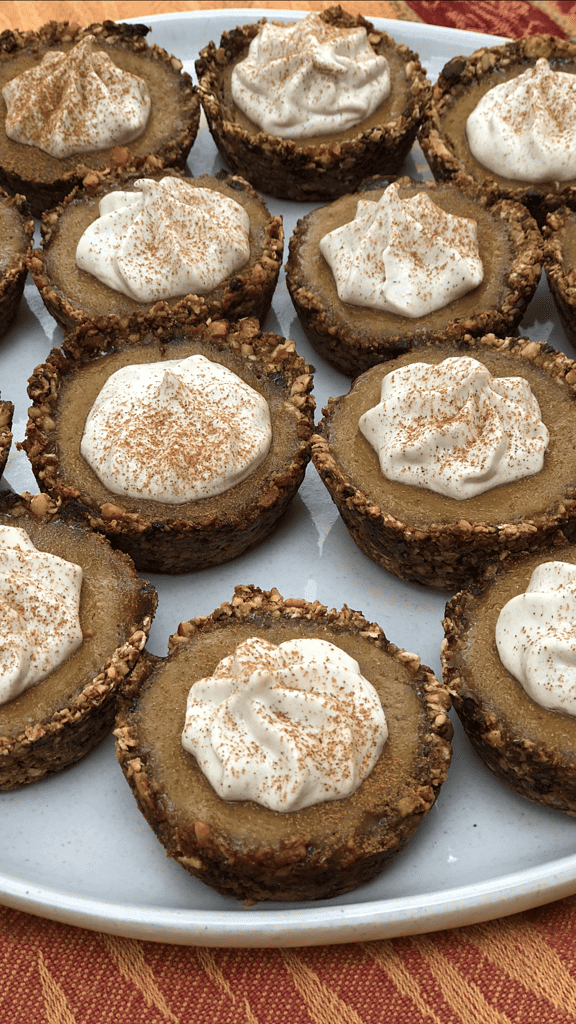 For an easy and healthy vegan thanksgiving dessert recipe that will really wow your guests be sure to try this gluten free homemade pumpkin pie.

I betcha no one will even be able to tell it’s healthy ;).

P.S. If you'd like to make it into one 9" pie recipe you can certainly do so instead! 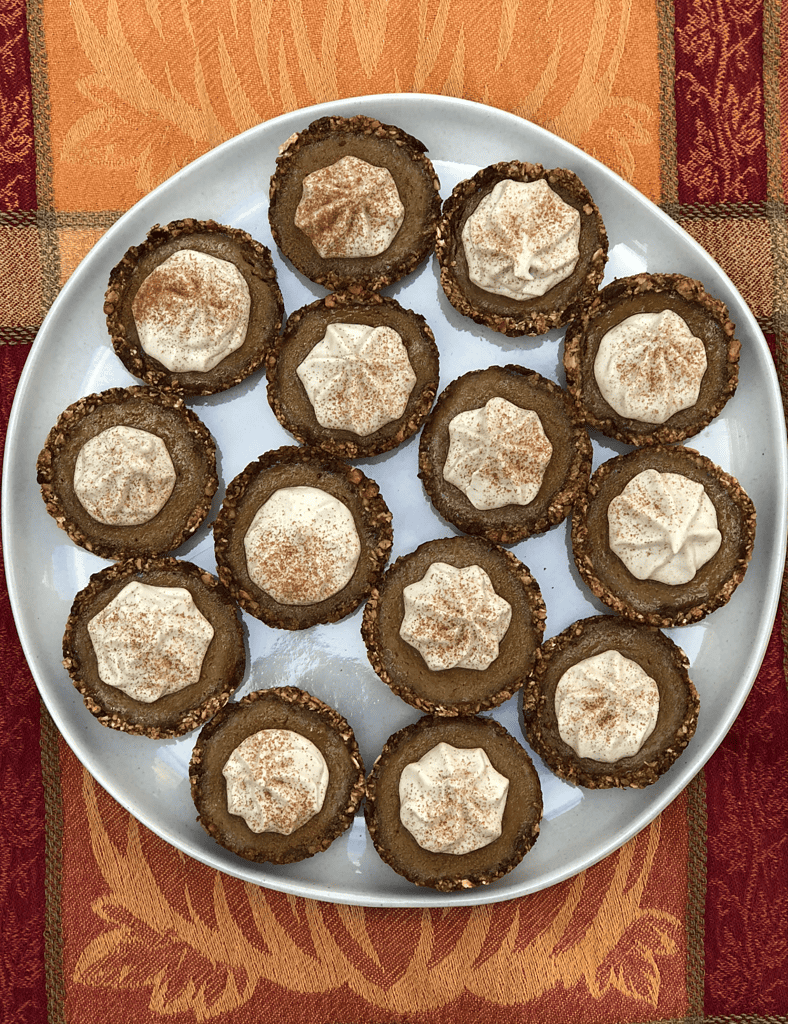 *Cashew cream can be made in advanced and stored in refrigerator. Prior to using, place in blender again to get "whipped" consistency.

*Pie crust can be made and baked up to 3 days ahead of time. Simply wrap and store at room temperature.

*Pie filling makes more than what you'll need for either 24 mini pies or a 9" pie. If desired, you can freeze any leftover filling in the freezer for up to 1 month.

*Pie filling calls for coconut sugar but if not following a Paleo or vegan diet, you can certainly substitute for regular sugar, brown sugar or cane sugar.

This site uses Akismet to reduce spam. Learn how your comment data is processed.

I'm Alyssa, recipe creator & professional spoon licker ;). I started Wine a Little Cook a Lot to share my love of food by creating recipes that are easy, unique, and delicious. You'll find everything from clean & healthy eating to guilty pleasures!

Read more about me →