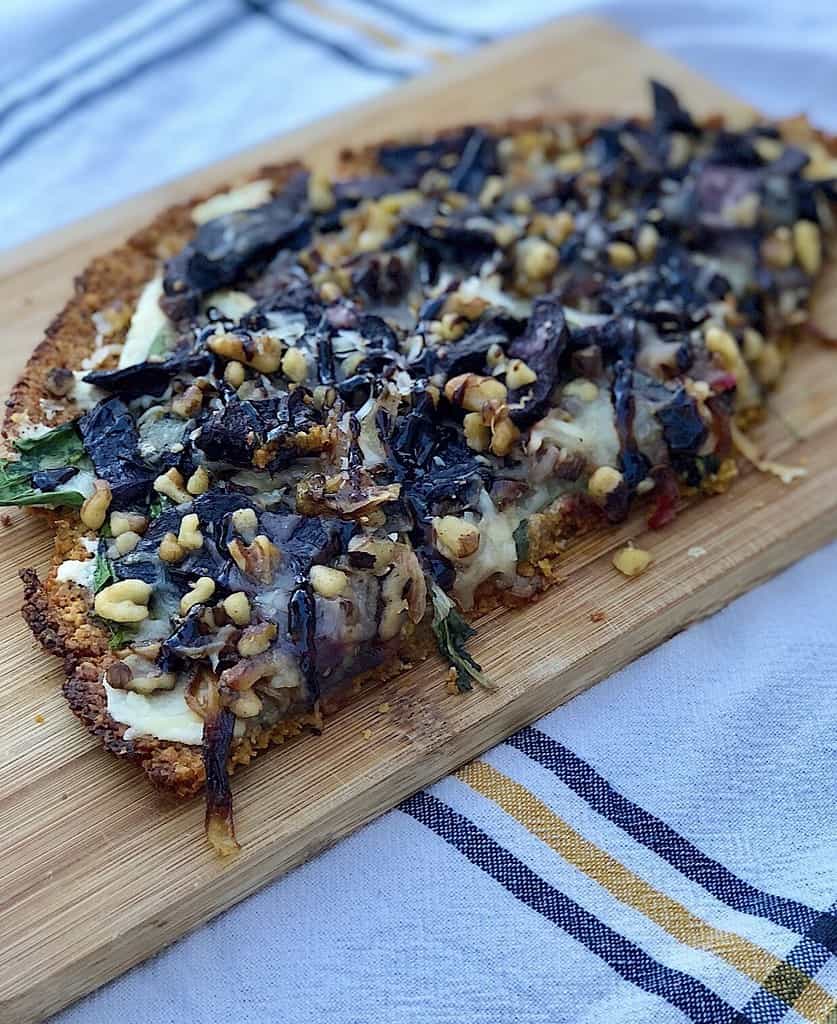 This pizza recipe has been in the back of my mind for almost a year…I often scribble down random ideas that pop in my head and it could be the very next day or a year later that I actually make them.

I have notes every where in the house; I know, I know, I could just safe myself the trouble or worry of losing them by  type them out in my phone or on my computer, but there’s something about physically writing down a recipe that makes me think better and feel more satisfied.  Kind of like when I’m making my grocery lists, I don’t know why, but it always has to be on paper…is anyone else like this?

I think I was hesitant with this recipe because A.) I really didn’t know how all those ingredients would work with each other and B.) I’m really not a fan of beets (yuck).

Beets are such a beautiful color and really good for you but it’s one of the very few ingredients I just can’t warm up to…That is, until I made this pizza, and I can honestly say if you’re not a beet fan like myself, you might be converted after trying this recipe. 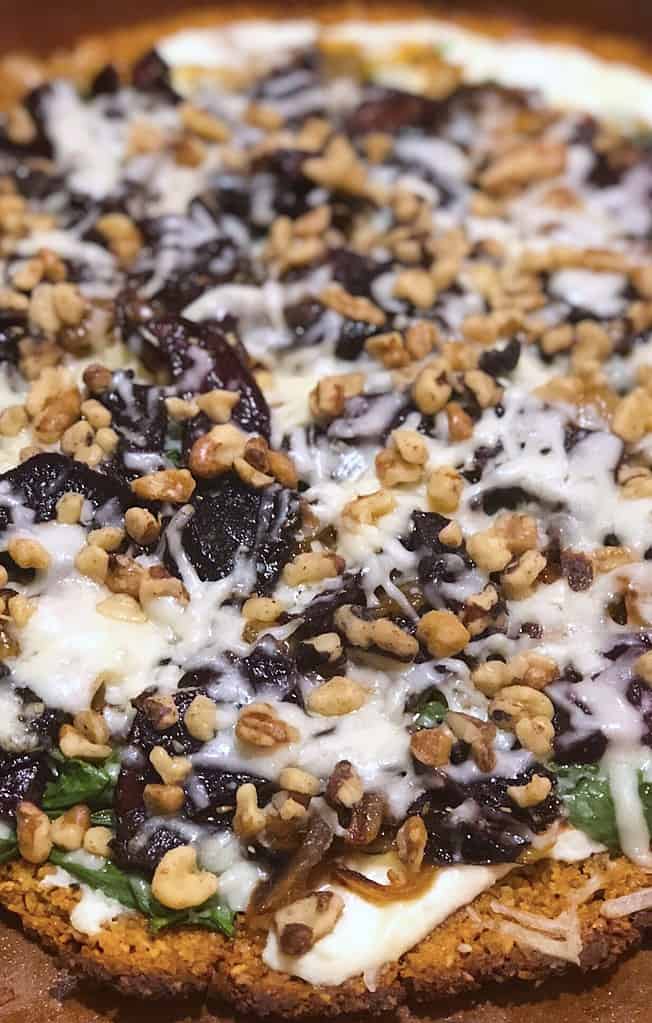 The sweet potato crust is super easy to make.  I got the recipe from Pinch of Yum (original recipe here).  I doubled the recipe to make one big pizza to fit on my pizza stone, but if you prefer to make the single batch for an individual pizza, feel free to do so. 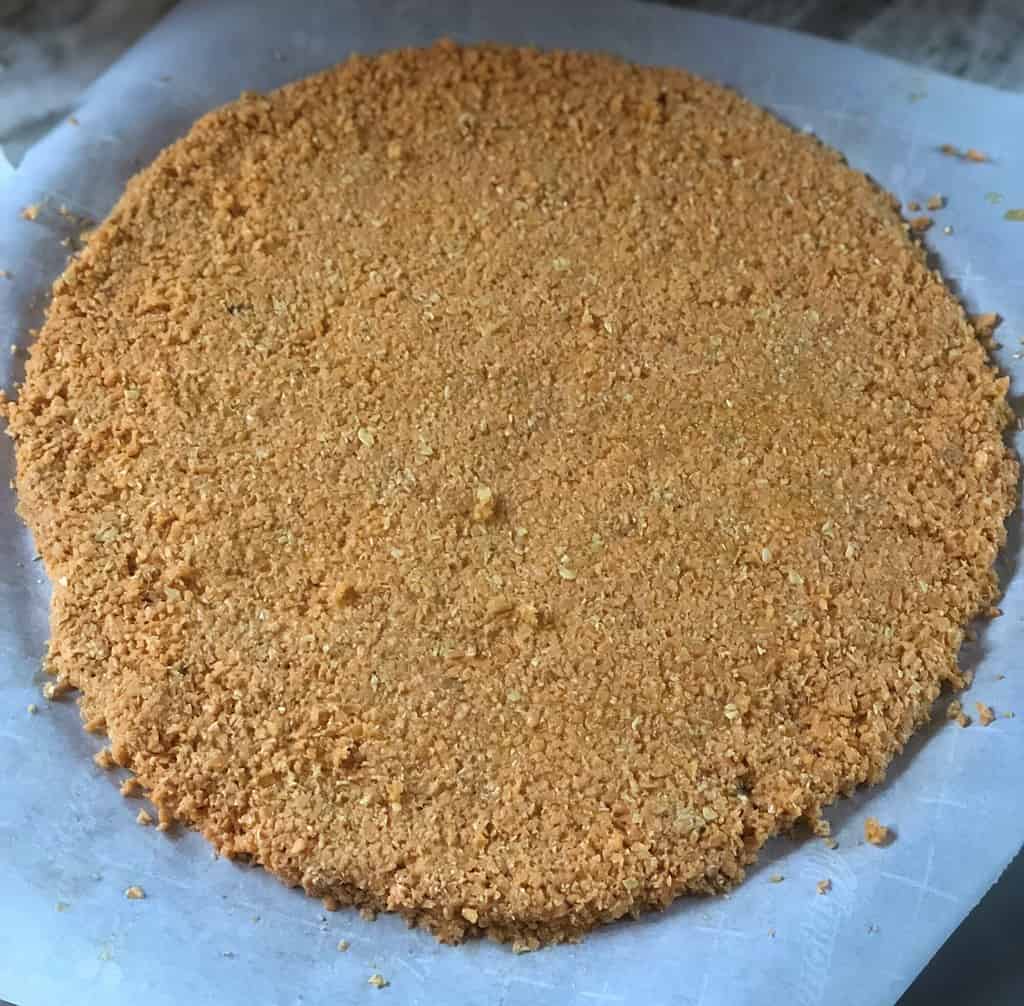 Healthy veggie pizza with gluten free sweet potato crust is such a delicious grown up pizza with unique pizza toppings that pair wonderfully together.  Make it for dinner, as an appetizer, or even for lunch!

The beets are roasted in the oven with balsamic, honey and rosemary.  This brings out their natural sweetness, and gives them a more palatable taste rather than the “dirt” taste I really don’t like.  Paired with creamy ricotta cheese, buttery caramelized onions, fresh spinach and nutty Asiago cheese, they give beautiful contrast and flavor. 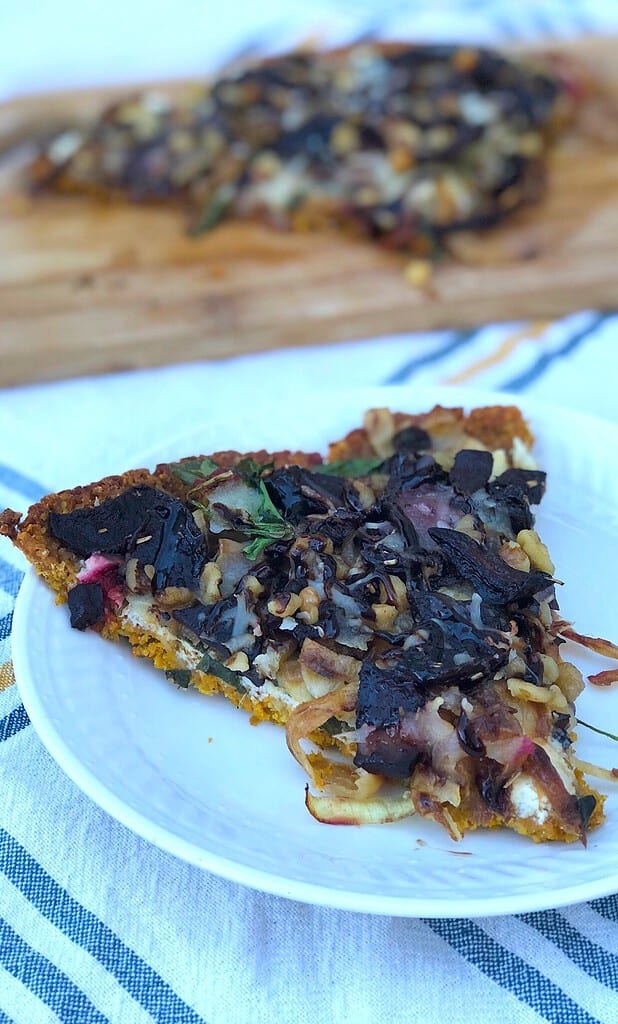 *Recipe for Sweet Potato Crust here (I doubled the recipe for 1, 12" pizza) *You can buy balsamic drizzle in the grocery store, or you can make your own (recipe here)
Tried this recipe?Mention @winealittlecookalot or tag #winealittlecookalot!

Did you Make this Recipe? Comment below! Cancel reply

Caution: this meatloaf recipe is not for those on